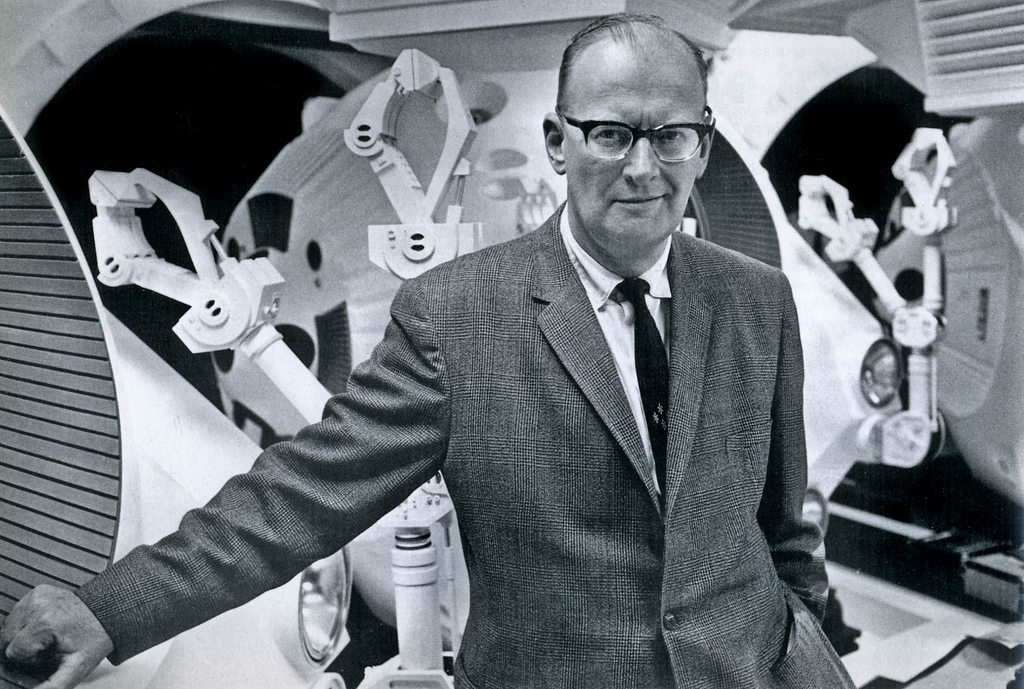 He co-wrote the screenplay for the 1968 film ''2001: A Space Odyssey'', one of the most influential films of all time. Clarke was a science writer, an avid populariser of space travel, and a futurist of a distinguished ability. He wrote more than a dozen books and many essays for popular magazines. In 1961, he received the Kalinga Prize, a UNESCO award for popularising science. Clarke's science and science-fiction writings earned him the moniker "Prophet of the Space Age". His science-fiction writings in particular earned him a number of Hugo and Nebula awards, which along with a large readership, made him one of the towering figures of the genre. For many years Clarke, Robert Heinlein, and Isaac Asimov were known as the "Big Three" of science fiction.

Clarke emigrated from England to Ceylon (now Sri Lanka) in 1956, to pursue his interest in scuba diving. That year, he discovered the underwater ruins of the ancient Koneswaram Temple in Trincomalee. Clarke augmented his popularity in the 1980s, as the host of television shows such as ''Arthur C. Clarke's Mysterious World''. He lived in Sri Lanka until his death.

Clarke was appointed Commander of the Order of the British Empire (CBE) in 1989 "for services to British cultural interests in Sri Lanka". He was knighted in 1998 and was awarded Sri Lanka's highest civil honour, Sri Lankabhimanya, in 2005. Provided by Wikipedia
Showing 1 - 20 of 26 for search: 'Clarke, Arthur C. 1917-2008', query time: 0.05s
List  Tabulka
Search Tools: Get RSS Feed — Email this Search —
Loading...